A bundled world of Angels, Dark Angels and everything in between…

This book contains my four first Guardian Angel romances, and is a four book saga starting with Claire, the precocious and curious Guardian who gets so close to the flame, her wings get scorched as she falls hard for Daniel, her explosive and brilliantly talented Brazilian painter charge.

We follow the story of two additional main characters in Underworld Lover, Underworld Queen and Redemption.

You’ll meet Father, who assigns missions, is enchanted with the stories of the world he’s created and never doubts the genius of the humans he delights in learning about and how they deal with the otherworldly Guardians and Dark Angels who try to help but sometimes prey upon them.

From the first chapter in Heavenly Lover where Claire learns there is a cemetery in Heaven, to the conclusion of the saga (for now) where Joshua is tasked with the unthinkable, I hope you love the twists and turns and the colorful characters and worlds I’ve created.

Listen to the Audiobook Bundle Now

Daniel nodded and closed the door. He turned off the lights but left the mess in the living room. He stared at the scene one last time, then shook his head as he climbed the stairs. Claire followed several steps behind, yellow bag over her shoulder. Daniel sighed heavily. He unbuttoned his top while climbing and was bare-chested by the time he approached the last step.

She was startled by a noise downstairs and turned around to see Josh emerging through the front door without opening it. Claire froze. Josh looked first in the corner where she’d been hiding, then around the room, landing his gaze at the bottom of the stairs, ensuring Daniel was out of sight. Josh bowed to the room, looking around afterwards. It was obvious he could not see her.

“Round One goes to the challenger.” He delivered the statement with a smile and disappeared back through the door the way he had come. The thin trail of grey smoke left in his wake smelled faintly of cloves.

Her heart pounded. Everything else was eerily silent.

She focused on the temporary save, pushing away any lingering fear. I told Mother he wouldn’t die tonight.

Anticipation coiled in her stomach and tingled down her spine. She was alone with him now. Time to start her job.

Daniel changed into navy silk pajama bottoms he wore low on his hips, but remained shirtless. He got into bed.

Claire loved the smell of a man’s bedroom when he lived alone—soap, cologne—the personal stuff of a man’s life. This is just the best job in the whole universe.

He lay on his back at first, right arm bent over his head. His long fingers were curled in the palm of his outstretched hand as if he were holding something delicate. A raised blue vein extended from mid forearm all the way to his elbow, snaking across the muscles underneath. He closed his eyes and drifted off to light sleep.

Claire likened these first dream encounters to how an inexperienced young human bride would feel on her wedding night. It was private, this intimate look inside a man’s thoughts to see the secrets of his soul. She never got over the miracle of being inside a dream, exploring the parts of his life. “Rest well, Daniel. I’m here now to help you,” she whispered. “Show yourself to me.”

Startled, she saw a smile on his lips. It soon faded.

He was a delicate balance of beauty and strength, she thought. The moonlight made the well-developed muscles of his shoulders and forearms look like marble. He took good care of his body. She lay down to watch him from the side in the quiet of the night.

No one would ever know about the chaos that occurred this evening, or how close he came to spending eternity in the underworld, his soul lost forever. It made her cold to think of the many files on Mother’s desk. Daniel’s file could have been one of them.

He must be saved. He touches me with magic.

The moon had a crazy effect on humans. It was good they were asleep during its reign. Perhaps it was for protection. Like most Guardians, she preferred the purity and warmth of the sun.

Why not level with these people, tell them Father didn’t run things alone? He was the creator and organizer, but angels were the technicians.

Guardians fix things that are broken.

So the job before her was to inspire Daniel. Her specialty was landscapes screaming with color. She’d done some large purple buildings, turquoise sand and pink snow that looked liked cotton candy. What a delight that he was a painter.

She gently stroked the length of his injured arm, tracing the shallow cuts that crossed a deep blue vein down into the palm of his hand, which suddenly squeezed shut as if to capture her fingers.

Claire sat up at full attention, noticing Daniel stirring. She checked her invisibility. He became fully awake, staring at the ceiling. She cocked her head to the side and watched his sparkling eyes in the moonlight, waiting.

Daniel still felt sick to his stomach. How close he’d come to killing himself, to ending the pain. How stupid he’d been. Yeah, Audray had done a number on him, and his career had crashed, but had that been reason enough to give up on life? He mentally thanked the messed-up alarm system, Josh, and the cops who’d stopped him from self-destructing completely.

Yeah, his life was still messed up, but he’d been given a second chance to fix things. He could let that chance go and finish the job he’d started, or he could continue wallowing in self-pity. Or he could pull himself up by the bootstraps and figure out how to get himself out of this nasty mess. Easier said than done. But maybe the only choice. He thought about how far he’d fallen and how fast the ride had been.

He couldn’t get the picture out of his head: Audray being pumped and pleasured on his green couch by some guy with a really hairy ass. After he’d caught them, he’d been left alone with the painting she loved to look at while being f***ed silly. His painting. Her favorite. He’d had to kill that painting.

As his eyes got heavy, he felt his life unravel before him. It all began the day he met her. He used to call it his lucky day. But now he saw there had always been an edge to her. Something otherworldly. Something dangerous. She was different than all the other women he’d ever loved. He was addicted to her presence. His cock was in a continual state of arousal, harder and fatter than it ever had been. That woman pulled him into doing things way outside his comfort zone. Not that he was afraid of life and its sensual side, but Audray demanded he push past his limits. She was always more than he could afford, emotionally, causing some element of pain along with the pleasure. He was powerless to do anything about it until it was too late. She had him in her claws with every ministration, every sensual pleasure she extracted from him.

Daniel allowed the sleep to overtake him and closed his eyes. 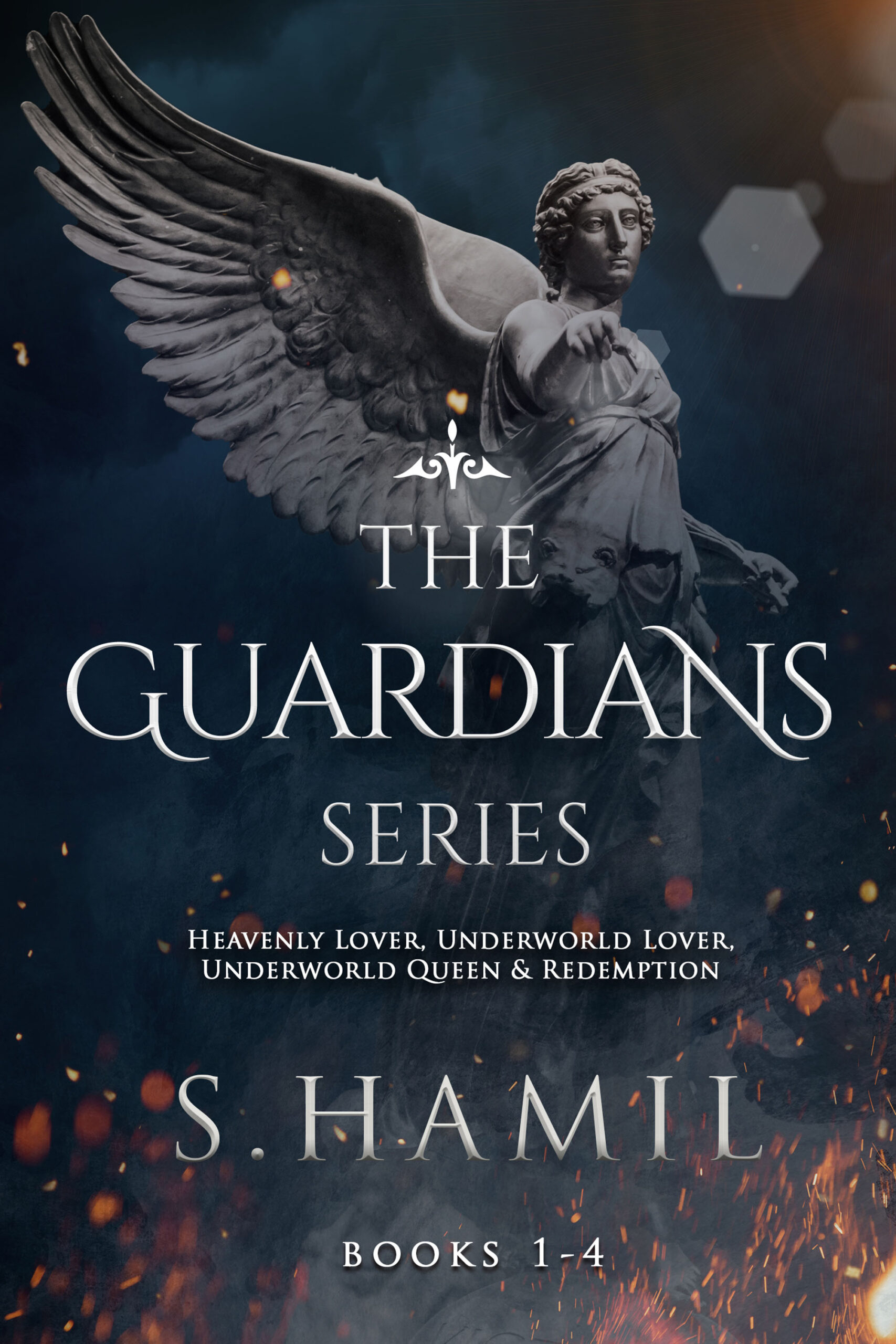 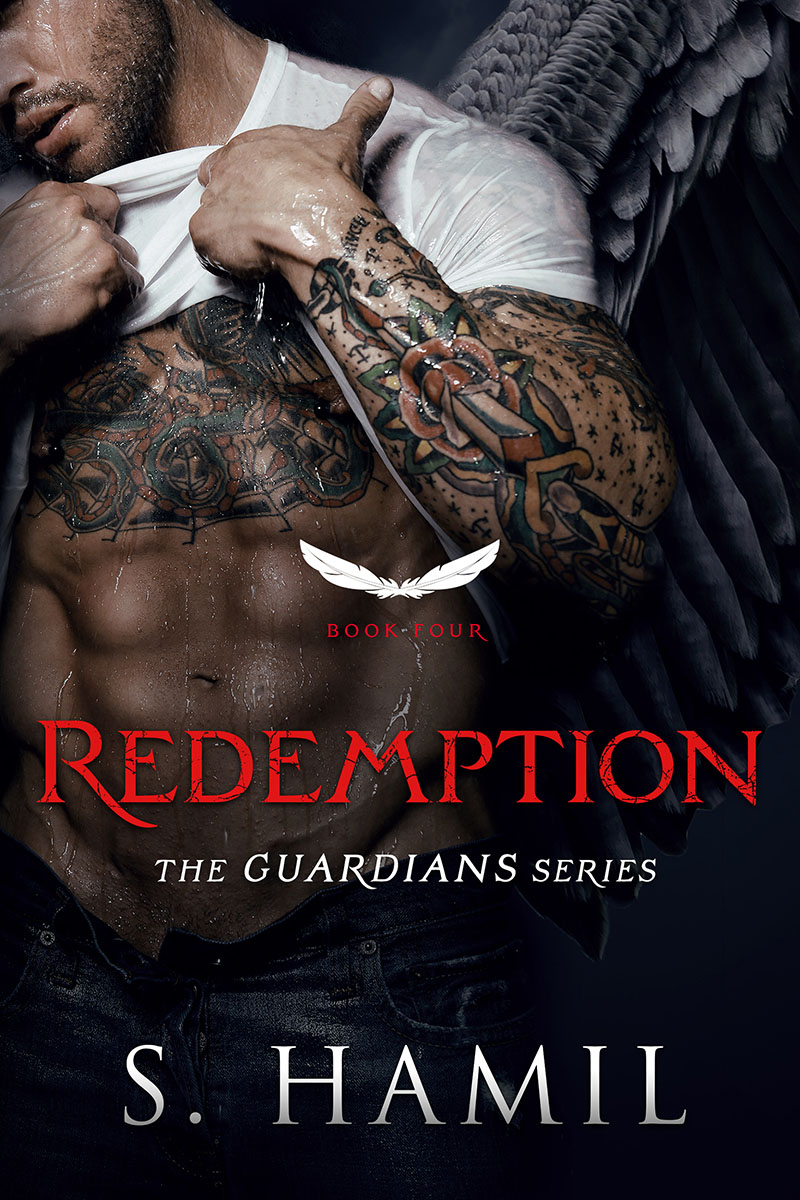 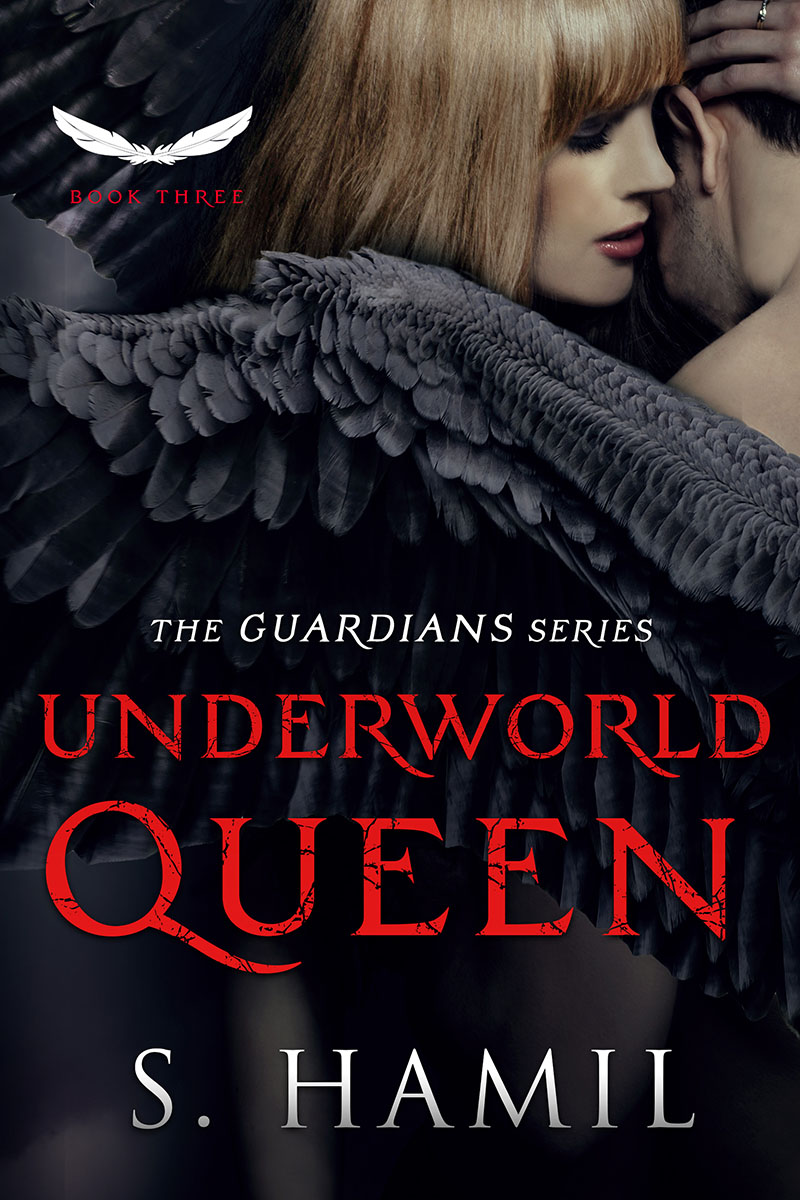 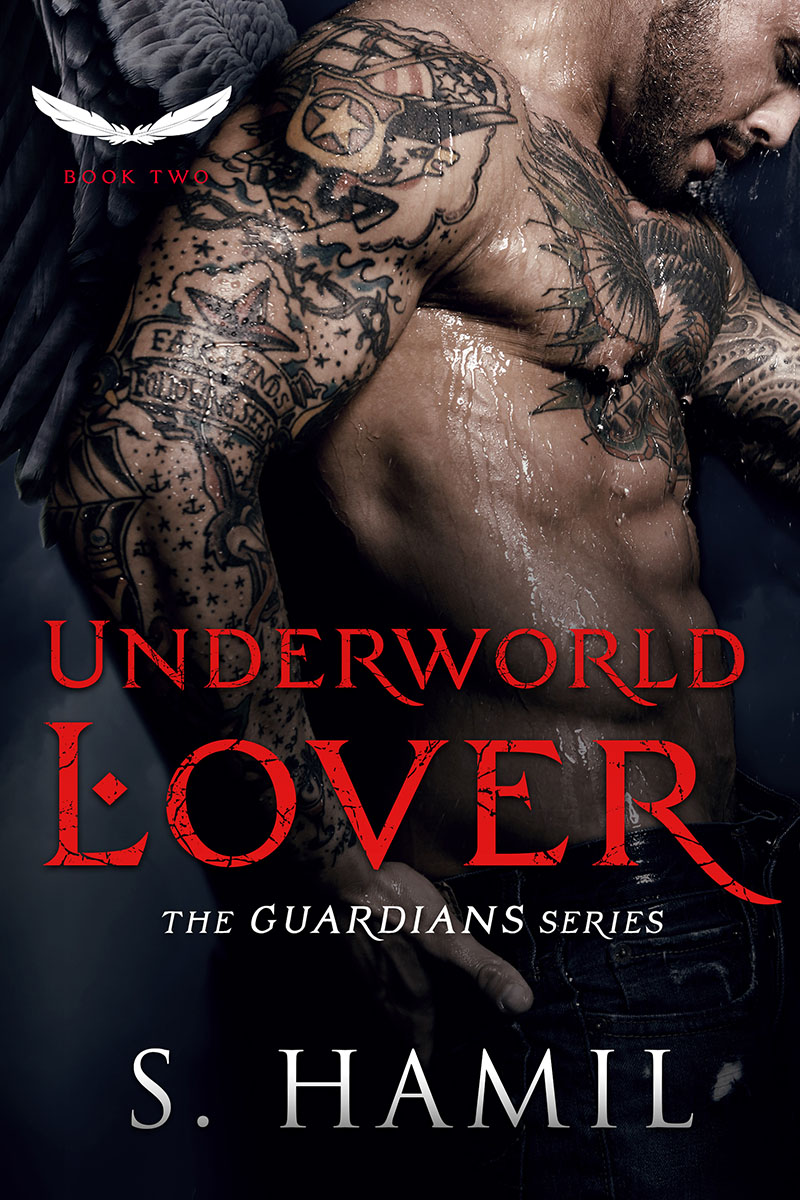 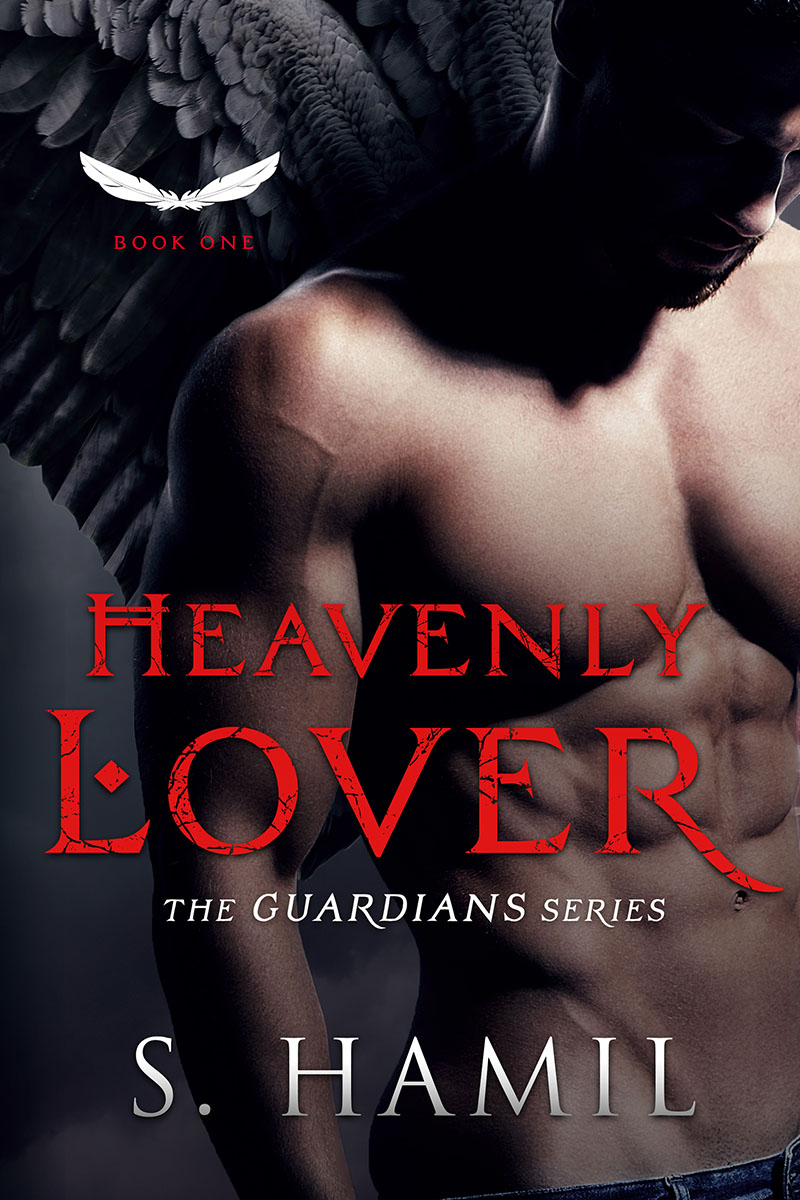