Who doesn’t love a good Halloween haunting story? Like dusty old vamps that come back to life at night, I’ve neglected my paranormal series and have chosen Sable Hunter’s blog hop to kick it off. So help me show it some love.

Two years ago, my husband and I attended the Afterlife party in San Francisco, at the Julia Morgan Ballroom. I went as an angel, and my husband a vampire. We had a ball. There were little green faeries, pods of Smurfs, vamps, sexy witches, ghosts and costumes of famous people. Music was rockin.

I used that party (and of course embellished it) to use in a chapter for Mortal Bite, Book 2 in the Golden Vampires of Tuscany series. My hero, Paolo Monteleone, is a real life Golden Vampire. He dresses as himself for this party, and there, meets a beautiful young college professor who studies vampire literature and lore.

Here is a very brief excerpt from Mortal Bite where the hero is readying himself for that great Halloween costume party where his life will change forever:

Paolo Monteleone swirled the black cape around his body as he checked the
guest chamber’s full-length mirror. The fabric arrived at his knees and calves
well after he stopped spinning, and then draped back away to sway a few inches
from the floor. He could see his face in the polished sheen of his shoes.. The
tux and red cummerbund, an elegant presentation, belonged to his brother,
Marcus, but it fit him perfectly. Marcus’s man had done well. The costume was a
fitting outfit for any good vampire gentleman.
It had been a year since he’d returned to Italy, repairing the damage
he’d caused his brother and his new wife. A year of learning to be a father to
his son, making amends to the other Monteleone family members who at first
didn’t trust that he wouldn’t run off again and try to live as the mortal he

When Marcus and Anne graciously invited him to join them in California
wine country, Paolo immediately agreed. The change of scenery was doing him
good. Tonight he was going to attend his first party without a member of his
family.
The door burst open and Lucius, all four feet of him, raced straight for
Paolo. The boy wore his Superman cape and red boots—rain boots, to be
exact—with all the pride of the superheroes he loved to emulate.
Paolo bent over and lifted his son, pressed the flesh of this little
superhero to his chest and nuzzled just under the boy’s right ear. The fresh
smell of his mortality was the most satisfying moment of Paolo’s day. Eventually,
Lucius would have to make the choice whether to remain mortal or become golden
vampire. But not yet. Not until he was of age.
“And just where are you heading out to? Anne taking you
trick-or-treating? It’s not Halloween yet,” he murmured affectionately into the
side of the boy’s face.
Lucius drew back and his dark eyes flashed at his father, which always
managed to melt Paolo’s heart.
“I’m going with you to the party, father.” His coppery brown eyes and
pink cheeks made him look sweet despite the heavy, jagged, and uneven eye
makeup he must have applied himself.
“Lucius, you could hurt yourself putting all that kohl around your eyes.
You should have asked your aunt for help.”
“Well, Anne and Marcus…” the boy paused and blushed.  “They’re busy all the time.”
“Ahhhhh,” Paolo said. He envied his brother and his long-awaited fated
female and their new baby. The fact that Marcus found Anne after three hundred
years of searching meant there might still be hope for him. Not a fated female,
but someone to love and be loved in return.
A shadow suddenly covered his heart, and gave him a chill. He composed
himself and addressed his son.

“Lucius, time enough for parties when you’re older. This one is for
grownups only. Not for…”
“Kids,” Lucius finished with resignation. “But I want to go. You will protect me, father.”
Indeed he could. Not an hour went by when Paolo wasn’t fearful of the
fact that Lucius, still mortal, could die, and Paolo, vampire, would be left to
grieve for all eternity.

Come back to visit tomorrow, and you’ll get to read some of the hero/heroine’s first ghoulish words to each other. Spoken over a thick glass of port. 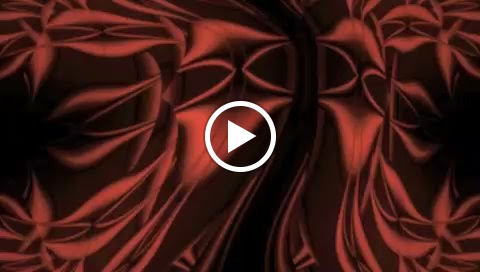 Today and tomorrow, we’re going to have a giveaway, a $50 Amazon gift card for each day. In order to win, you must leave a comment here. Answer this question: What do you love the most about reading vampires? If you email me at sharonhamilton2001@gmail.com, you will get a special Blood Never Lies necklace as pictured above. One $50 winner will be announced on this blog site at midnight  tonight! But, even if you don’t win the Amazon gift card, you can still win one of these blood dog tags just for leaving a comment here today. Enjoy, and thanks for showing up today.

Don’t forget to find the schedule of all the other blogs participating in this huge event by clicking on the Halloween Blog Hop button at the upper right of this page. Tell everyone about what you’ve read and commented here. The Main Event is October 26th at 5 PM on Facebook. Details on the button above.

Sharon Hamilton
Life is one fool thing after another.
Love is two fool things after each other.
Sharon’s Blog ** Sharon’s Website ** Facebook**Twitter