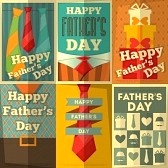 Today we celebrate fatherhood. It takes a lot to be a father, and not much of it has anything to do with blood or actual paternity. A real father is one who sacrifices much for the care and protection of his children.

I think it is the greatest test of a man practicing fatherhood. It is a somewhat difficult job at times, often thankless and unnoticed. We make a big deal about motherhood, and I think fatherhood is often missed or glossed over.

And it shouldn’t be. I am so fortunate to have had my husband of 44 years right along side me as we raised our 4 great kids. I’m sure their lives wouldn’t be the same without his guidance. Men and women bring balance to the partnership of parenting. I know my husband’s different style is often ten times more effective than mine.

I can remember once he came home to find our son, aged about 10, just getting ready to jump from our second story master bedroom window onto the trampoline he’d pulled over. “Watch this, Dad,” was his comment. Don said he was afraid to stop him, and just watched as our son did a somersault and spiked a perfect landing on the trampoline, a skill he’d obviously been practicing all afternoon when he was left unsupervised by his older brothers and sisters. And his comment afterwards? “Well that’s fine. Just don’t do that in front of your mom.”

One of my favorite things to do is to go to Disneyland and watch fathers and their children, sharing the happy memories of their childhood with their kids. You see dads in Mickey Mouse ears or Goofy caps, skipping, singing, eating ice cream or holding a child who has gone “comatose” in front of the light parade, fallen asleep from overload.

I think of the Navy SEAL dads and how they are known for “wrestling with their kids in their batman pajamas.” I think any man who has opened his heart up to not only a life partner, but a child, has a special place in Heaven. Falling in love and being the hunky sexy hero of a woman’s fantasy is one thing that probably stems from genetics and the basic sexual drives of our species. But being a father is something learned, practiced. It isn’t always a natural act, and you get better at it the more you do it. Notice I didn’t say it got easier. You just get better at it.

So, fathers, I salute you. I love who you are and what you stand for. It takes unselfish courage to be a true dad to a child, to stand for something, and stand with them when they need it. My own dad was a remarkable man, and the first man I ever loved.