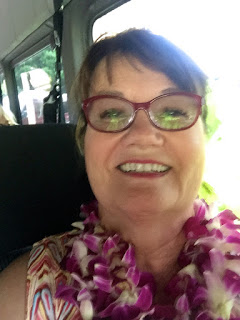 My freshman year in college I attended Lewis & Clark College in Portland. There were a lot of firsts that year, the biggest one being my first year living away from home for more than a camping trip or church ski event.

Thinking ourselves so incredibly grown up, my roommate and I were daring ourselves all sorts of things. For the most part, we did them. I took off my bra in my International Affairs class and tossed it at the person I was required to. This was all done when the professor, the legendary Carlin Capper-Johnson, who had been a close personal friend of Winston Churchill, was out of the room.

I wore a nightgown to a concert.

I think Melissa had to moon someone from a friend’s room overlooking the entrance to our dorm. We both marched ourselves down to the infirmary and got birth control pills, because we were on a mission of another sort too. Both of us had very mixed results.

We’d lay on our beds and look up at the ceiling and wonder who we’d fall in love with, who we’d marry, what our life would look like. We’d listen to Rod McKuen and think about finding someone that would love us so deeply, and never go away.

I spent an evening with the guys of Sandpipers (Guantanamera), who came to perform at the spring concert, and had to crawl back into my room at night. I got the job of cleaning the basement that Saturday because someone turned me in. But it was magical! I hear that song so often these days, and wonder what happened to them all. They were nice guys.

In high school I met Joan Baez at a friend’s house in Palo Alto. The dreamer in me thought I could sing just like her. I love the music of Sweet Sir Galahad came in through the window in the night when the moon was in yard…I can’t tell you how many times I’ve sung this in the shower. Probably 2000 or more. And here’s to the dawn of their days… Just love the lyrical expression of this singer. Made me take up guitar for about 2 minutes… But the voice in my heart is still there, even though I can’t sing like that. I still want to…and do you think I’ll fail at every single thing I try.


Sweet Sir Galahad went down with his gay bride of flowers, the prince of the hours of her lifetime.
And here’s to the dawn of their days….


Ah, those days when I was barely over twenty, when I had my whole life ahead of me, looking through clouds, looking for that thing that’s hardest to find, looking for love even then…