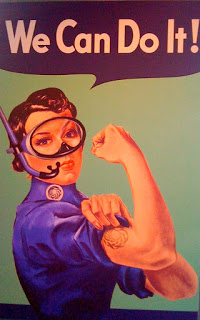 One memorable time I was at Acre Coffee in Santa Rosa, I witnessed a couple flirting and dropping notes to each other. He dropped a note to her. She opened it, smiled, wrote something in response, and, thinking no one was watching, dropped it off at his lap on the way to the bathroom. He smiled and did the same. It went on for several minutes. Did they leave together? I hope so, but I missed that part, having to make my own pit stop. My romance mind wanted to think they were strangers about to hook up. But wouldn’t it be nice if it was a prearranged date between a very long-term couple?

Why don’t we do this after years of marriage or long-term relationships? Well, if I knew that answer, I’d be selling that seminar out there. I suspect it’s because as we age, we carve off the wild and crazy parts of ourselves, in favor of the more predictable parts that perhaps cause us less pain. I don’t know about you, but I used to love jumping around with the full pot of coffee on Sunday mornings – working in the garden in cutoffs and braless, listening to Chinese music or an NPR interview. If it were today, perhaps a TED Talk blaring out over the 2 acre apple orchard we lived in back then, with a landlord from Columbia we thought might be a drug dealer. Oh my.

I often wonder what our neighbors thought of us. More than 23 cars, working at night because we felt like it with spotlights in the garden. Dancing. Running naked through the sprinklers. Oh yes, there was that day when I had to get in 13 cars in my little white uniform to get one that ran so I could go to work. And that vehicle was a 1941 Flatbed International truck we’d driven back from Indiana on a “vacation.” You know those kinds? Drove to Indiana to look at the truck in 36 hours, via Minnesota to deliver a car to a serviceman coming home and it was a free ride (except for gas). We probably didn’t have the money at the time to afford a plane ride, so it would have been a bus ticket home for us. But we bought the truck, and then in Illinois bought me a 1953 Chevy.

I even hitchiked in Baja, back in the day, when it was sort of safe. Met up with a couple of guys from LA and drove all around the back streets in a looooooong red Cadillac convertable. I had more to drink than I ever had before…a lost weekend for sure. But that’s another story for another time before I was married…Back to the green Chevy.

I used that green-two-toned Chevy years later when I started to sell Real Estate. People would walk out of their houses to look at it, when I doorknocked neighborhoods. I had the old Girl Scout photo I used in the ads. Even put all 4 of my kids in the back of the car and took a picture, for my brochure (remember those?). I even took all 4 of the kids to City Council meetings and listing appts., which guaranteed they wouldn’t go over a half hour long.

Oh those coffee days. A wandering heart way back then. Trying to be responsible, but skirting the edges at the same time.

I think about all these times when I lament getting older. No one can ever take these away from me. And I wouldn’t trade a minute for anything. I enjoyed my freedom then, and I enjoy it now even more.