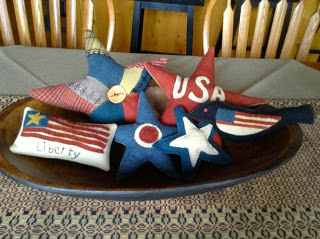 We hear about the explosion of bad deeds, both in the name of religion and in the name of some nationalistic cause, and we sometimes wonder who we can trust. Can we trust our world leaders? Do we have to put up with dishonest dealings and back room deals? Do we have to tolerate our fine men and women being sent in to do jobs and then neglect to take care of them after they are back? And do we forget to say thank you?

Oh yes, we do. Our need for the smutty and salacious is overwhelming, like how my eyes wander to the headlines. Truth is, we’ve been fairly well insulated from most of the bad things of this world because there are men and women who laid down their lives so we could live the life we have, relatively unfettered. I guess that’s why I don’t like to hear about how bad things are. Things for you and I and most the people reading this post, are pretty darned good. And someone else paid for that freedom. There are those doing it still today.

Every death in battle, every innocent death, every death due to lack of services or neglect or ignorance is one death too many. Today we remember those who fought and died during times of war. It crosses all races and religions, all nationalities, both sexes, all ages, all economic levels and all languages and cultures. Our war heroes and those that support them come home, remembering those who did not. Our uniforms are bloody, our hearts weep, and our flags are frayed. But the cost is worth it.

Something someone once showed me made a big impression, and I guess that’s the lesson in today’s post. I pass this knowledge on to you, just in case you didn’t hear it. For however you may think about what’s been going on recently in the war arena, here are some facts you might want to remind yourself of.

You can read the whole article here. It only covers American lives lost during conflicts from the Revolutionary War to today. But here are a couple of startling things to remember. During the first 100 years of our country’s existence, 683,000 Americans lost their lives (91% of that during the Civil War). During the last 100 years 626,000 Americans died (WWII being 65% of that figure).

Since 1945, the end of WWII, Americans have lost 102,264 lives. Yes, it should be zero. One is too many. We want them all to come home and come home whole. But there’s a reason we’ve lived in relative safety. Our men and women in the military all over the world are the biggest reason. They don’t make policy. They do what they’re told. And they pay the price for us.