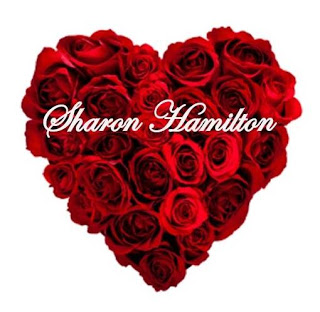 I’m participating in Tawny Weber’s MARRY ME Facebook event on 3-21-16 to help promote her books and to celebrate National Proposal Day. Several authors are posting marriage proposals from our most recent books.

Here’s my proposal scene from Zak and Amy:

Zak paused, stopped caressing her shoulder and upper arm,
and patted her instead.
“Usually the drama surrounds some guys, like Joel, who get
injured or never come back. That’s when the community closes ranks, comes
together, and helps the spouse and family. It’s just what they do. And I’ll be
honest and tell you, some guys, when they go overseas, are unfaithful. There
can be drama there, too. The ladies stay close to home, form this network of
strength. They usually can dig it out of anyone if something’s going on. There
aren’t too many secrets. All the joys and pains are shared communally.”
“Okay. I can see that.”
“But as for Connie, I think she’s just a mental case. Maybe
she was, maybe she wasn’t like this when they first got together, but she did
demand Lucas leave the teams, and he’s not ready to.”
“That happens a lot, too? Wives beg their husbands to get
off the Teams?”
“I don’t know. Not been around it enough to really know.
That’s why I wanted you to come down here to meet everyone, to talk to whomever
you wanted to talk to, answer all your questions. I want you walking into this
thing with your eyes wide open.”

“I think I do a pretty good job of that.”
He glanced at her face. “You do, honey. I think you have
great instincts. You’re good under pressure. Remember, I’ve seen that.”
How could she forget the look on the terrorist’s face when
his bloody handprint was left on the glass door of her office or later when she
thought her life would end in that bomb blast?
But there was one lingering question she had to ask. “So,
Zak, how often do SEALs get divorced? Is it a chronic problem?”
“What do you think?” Zak had pulled into the parking garage.
Shutting the Hummer off, he turned in his seat to face her again. He focused on
her hands folded neatly in her lap and gently covered them with his. His warm
fingers wrapping around hers was comforting. She could see he was trying to
formulate words for something difficult to say. He perused her chest, up her
neck, and then met her face to face. “I think the statistic is better than
sixty percent. That’s all military, too. Maybe the SEALs are a little higher,
but I’m not sure.”
She broke eye contact and stared at the walls of the garage,
swallowing hard.
“Thing is, Amy, it’s hard on the families when the guys go
overseas. That stress takes several forms. I guess Connie went on a spending
bender, and then they had money problems. I just think she was weak and decided
she couldn’t handle it. We all wish she could have just been honest about
that—she wasn’t made for this life. No harm in that. But the way she’s going
about it is all wrong.”
“Terrible for the kids.”
“Tears Lucas up. It really does.”
“I won’t lie to you, Zak. I really don’t know how I’ll feel
when you go overseas.”
“I know that. That’s being honest.”
“But I want to support you. I know this was what you were
made to do.”
“That’s absolutely for certain. But I want to make one thing
perfectly clear. My dedication to this job will always come first as long as I
am a SEAL. If that changes, then I get out. You need to know that.”
It was one of the things that scared her the most. No matter
how much he loved her, being a SEAL would always come first.
“And?” Amy knew there was something more he was leaving out.

“Let’s go inside.” He took her hand. She slid off the seat
into his arms, and they walked hand in hand up to the elevator and to his
apartment beyond.

He directed her to sit on the couch while he brought in some
mineral water for both of them. Instead of taking his place beside her, he
knelt in front of her. “Amy Dobson, you know me. You don’t know the community
yet, but I do, and I think there is a place here for you. I’ve got the green
light from your dad.”
Amy’s expression must have registered shock because Zak
hurriedly explained how he’d called Chief Allister Dobson and her father had
given him his approval.
“Kind of old fashioned, but I wanted to do it that way. I
knew what your father thought was important to you, Amy.”
The tender expression on Zak’s face left her speechless.
He’d planned this ahead of time. This was more than a just meet and greet with
the other members of his SEAL Team; this was a planned course of action. Very
intentional. She saw for the first time how he’d bared his soul to her. He’d
set all this up.

“Marry me, Amy. You already said yes, but I wanted you to
know that your dad is in agreement.” He took her hands in his. “I want to make
it formal. I don’t want to wait for some day.”
She didn’t have to think about it. She went to bed every
night and woke up every morning envisioning being his wife, sharing a life with
this man. “Of course, just like I said before, I’ll marry you, Zak. And in
time, I’ll learn how to support you the way I need to. I think I’m good with it
all.”
Her smile would usually bring a kiss, but he was still
hesitating.
“What is it?” Now she was getting worried.
“I want us to get married before I deploy.”
“Like when?”
“Soon. How about next weekend?”
I so enjoy bringing you these marriage proposals, as each one of my SEALs finds his happily ever after. In Zak’s case, this is the most beautiful part of the story, the proposal and wedding. And then the strongest and most beautiful part of their love follows after his difficult tour.
Enjoy!