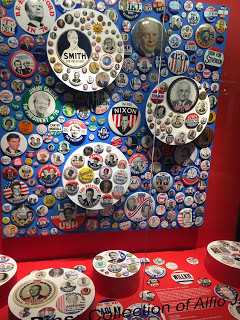 Last weekend I attended a book signing at Valley Forge, at the Freedom Foundation Center building, hosted by Renee Fisher and A.L. Wood. I’d never been to Valley Forge before, and it moved me greatly.

I trust my gut instincts when it comes to events. This one was on my list because I have a lot of readers in the area, and I’d never been here before. I try to switch where I go so I can network with readers. As next year comes around, I will be cutting back, or hopefully so, so I’m going to be careful with my time and money. But Renee and I began emailing back and forth, and I found a new, warm friend, and one who I hope to get to know even more as the years go by.

As events went, it was wonderful, especially with all the planning Renee and her team did. Awesome fans, and people helping her. But the whole area was what made it even more special to me. Cloaked in history, I found myself so moved, it was hard for me not to cry as I toured the State Park and looked at the history of my country.

Remember, politics is completely separate from love of country. I wish it wasn’t so, but especially this year, it is. Somehow, as a country we muddle through, because of the foundation that was laid nearly 250 years ago now. I was struck with the sacrifice, not only in terms of life, but title, fortunes lost and titles or privileges removed, including the impact the Revolutionary War had on Native Americans, who fought with either side. Their fortunes were caught up in the war as well. It happened again in the American Civil War.

It’s been said more than once that we form an imperfect union. And yet, this union has withstood the battles of nasty elections, strife, intrigue, treachery, greed, and the life blood of the nation, a belief in a principle far greater than all of us combined: freedom. The quote that comes to me when I think about walking around the Valley Forge center is: “I never said it was going to be easy. I said it was going to be worth it.”

In California, we don’t have these types of monuments to honor our history of this time period. We have very few patriotic displays in California. Our local post office just repainted their lobby, and they took down all the pictures of the men and women serving in the military, some of whom bore gold stars, which was erected after 9-11. How things change, go back to the way they were before. I see fewer and fewer American flags and more and more bumper stickers for campaigns. I haven’t had a political sticker on my car since I had the “Reelect Nobody” back in the 1990’s. “Wag More. Bark Less” is another one I had for years.

As I had my tomato soup in the bar at the hotel after the signing, looking at the celebrations of two wedding parties, the glasses crushed, hugs given and kisses shared, the loudness of people celebrating and just going on with their lives, I was pulled back to what George Washington would think if he were sitting with me.

I don’t know that I would have an adequate explanation for how our country has fared, except to say, we’ve made it this far. I hope we will continue. We continue to right some of the terrible wrongs of the past, we continue to try to hold up our system of laws and government that has proven to be the most stable in the whole world. I was reminded about what a special country we have here, how it’s bloody roots were hard fought, and how much I appreciate the sacrifices. And just like the fallen heroes, the best thing I can do to honor them all is just to go on. Not give up. Keep the memory of the miracle that is this nation alive in my heart. And maybe to remind others.

Valley Forge is a place everyone should see. 10% of the men who wintered over here that third year into the war were diseased and would eventually not see the spring. Another 10% didn’t even have shoes to wear. Dissertions were high, expectations were at an all time low. Our Commander In Chief knew that even in the worst of times, it was the time to prepare. The outcome of the war was uncertain. Philadelphia had been lost. Washington looked across the Delaware, and envisioned a country and it’s freedom.

And he decided it was worth it. All those men did. They trained. They healed, those who could, and they got equipment and clothing, often having to seize it from local inhabitants who also needed the clothing and equipment, and sometimes at gunpoint. Loyalties were tested. The army of Washington faced a better armed British army, larger and better trained than our rag-tag Patriots in the Spring. And the Patriots eventually won.

It took 7 years. Even years later things were not stable. I complain about our political season lasting so long. But those woes are peanuts compared to what was fought, and lost during those 7 precious years. Families who were lost, sacrificed, interrupted by something bigger than themselves.

In the end, it was worth it. 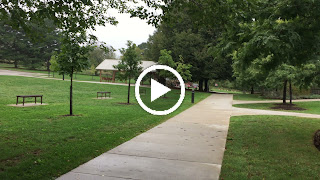