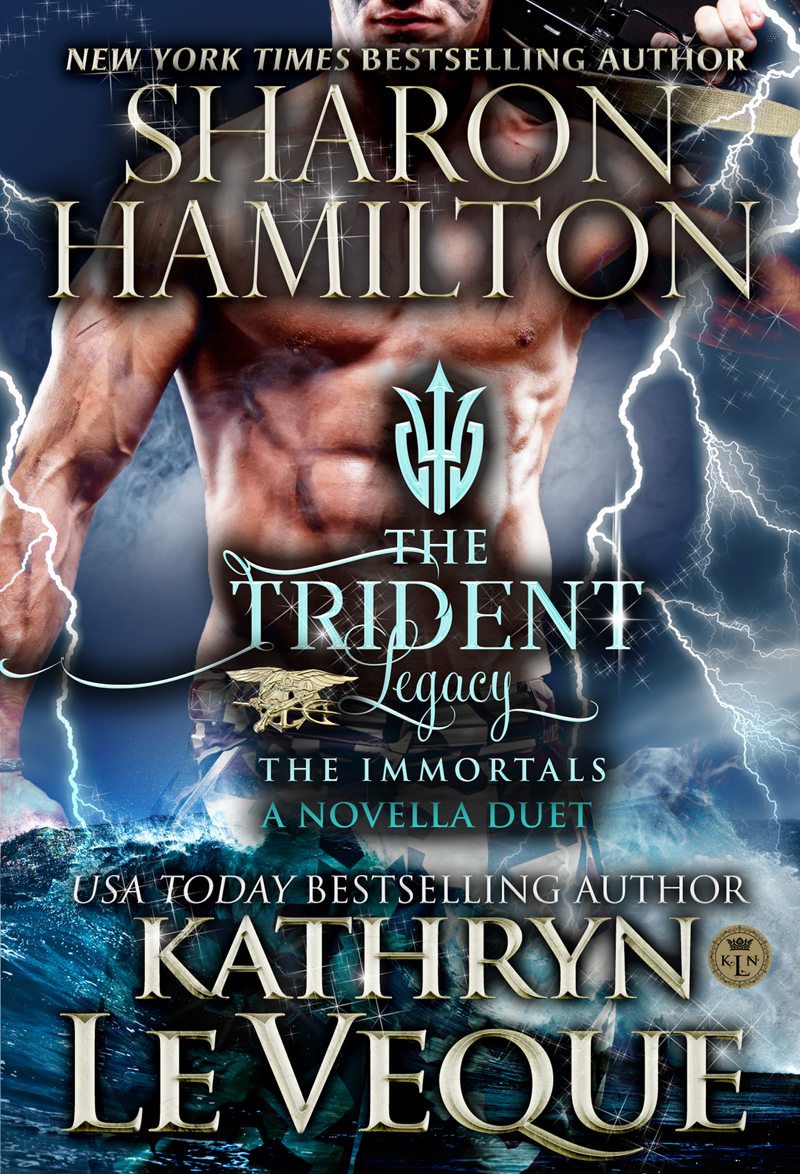 I’m having a good time with a little novella, taking a break to finish my project due in March, SEAL Of Time, about the son of Poseidon. I’m doing this as a collaborative venture with Kathryn LeVeque. Our boys are from different earthly mothers, as Poseidon is known for loving mortal females. Their mothers have long passed, but the boys are also immortal, and may be able to father immortal children.

You know, if you’ve read any of my books, I like orphans, half-breeds and heroes who don’t fit into the scheme of things, yet can come together to form a bond with others and in that capacity, become part of the glue of a powerful team. In romance, we want the hero to have major conflicts, especially when it comes to love, or the power of love in their lives. Try as they might, love is just too powerful for them and they all fall, one by one.

So we like opposites in our heroes and heroines. In my SEAL Of Time story in the Trident Legacy duet, my son of Poseidon has qualities he inherited from his father and his birthplace, the fierce ocean, as well as those of his mother, the grounding influences of a mortal woman on earth. He doesn’t fit into either world, except to exist as a warrior defender of mankind. And yet, the conflict comes when he falls in love. Will this affect his mission to protect mankind? And is this a selfish move on his part, or the calling to which he was destined, now realized?

Here’s a little excerpt of the character (unedited):

He knew dolphins to be some of the
happiest of mammals, and he fully understood their drive to follow the large
vessels that frequented the open waterways, exercising to capacity, and
becoming one with the iron behemoths that traveled there. It wasn’t that they
enjoyed playing with the big shipping traffic, they couldn’t help themselves.
They were engineered so that they had no choice in the matter.
His
directive alerted him to a possible foreign object some mile or two away, so he
sped up to search for its origin and meaning, not wanting to put the pod of
friendlies in danger. Though the dolphins were not human, they possessed enough
human traits that they remained a species, like humans, he was honor-bound to
protect.
The
object was beneath the surface, propelled by some enclosed motor without
external blades or bubbles, except for one curious detail. Attached to the rear
of the object was a human male form, as if they formed some symbiotic
relationship. The speed of the combined object and man-made him consider
perhaps this was a new life form: half man, half machine. The man’s torso was
encased in a rubbery sharkskin type fabric. His face and head was covered in a
mask with glass portholes.
Poseidon’s
son hung back so those portholes wouldn’t turn and focus on him. He swirled
around the man, searching him from all sides.
As
if realizing some big mammal had tacked him, the man sped up. Tay heard the
muted whir of an incredibly advanced motor. He saw the displacement of water
coming from a tube the size of his finger, still without bubbles. As he crossed
paths with the rivulet, his gills sensed the chemical of some sort of
rebreathing apparatus.
Ingenious! He’d heard of such things,
but never seen one. Man’s inventions were an enigma to him, as they allowed
their human species to defy their birthright and do the impossible, live in
waters they wouldn’t be able to on their own, soar through the sky and drill
through the earth.
As
the device continued to speed up, Tay joined him, like the dolphins, unable to
resist satisfying his curiosity. He cloaked his body just in case the human’s
vision was enhanced, so he could be undetected. The cloaking was warm, as his
body heat was not allowed to dissipate into the cold ocean, much like the man’s
sharkskin suit. It would continue to heat up the faster he went, sometimes even
causing a small chafing burn he’d have to heal when he got back on land.
The
man’s body was well developed and efficient in muscle, with thighs much larger
than most human males he’d seen. Unlike Tay, the man had flexible rubber blades
attached to his feet, which helped steer and propel him further.

I hope you enjoy this new series. I know I am!!