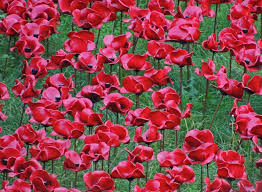 But no, I took a detour into Sociology, and then wound up finally in Psychology, bringing it all back to the individual. I was looking outside myself for reasons, and found them inside myself instead.

Now that I write romance, the study of character and calling is more important than just about anything else. That’s why I enjoy writing about the Brotherhood, specifically the SEAL Brotherhood. These are men who put aside their fears (have them, but set them on the back burner) to do the things others cannot or will not do. I’m not naive to think that that makes them perfect. It makes them the ones who do not quit.

Navy SEALs go through the grueling BUD/S training not to find the strongest and most well qualified, but to find the ones who will not quit. People who don’t understand this don’t understand SEALs. Men who have passed the SEAL training look on those who have washed out or DOR (Drop On Request) in a different light than others do, perhaps. They don’t see them as failures. They see them as men who discovered where their limits were. The real SEAL training makes them a SEAL. The BUD/S portion of it is just to see who is qualified TO START the training.

I listen to blogs and read about heroes every chance I get. One of the men I study I will not mention here, but he has given me so much wisdom about what it takes to be a true hero, a real man, a warrior of the first caliber. And although he speaks in terms of being a man, it also works for those who are not men, but those who wish to be a warrior at whatever they are passionate about. Writing? Love? Family? Being the best person I can be? Whatever the driving force inside of us, one thing is clear: it is the best part of all of us.

He defines Brotherhood in this way:  “Mutually held feelings of love, possessiveness, and respect that improves the current or future situation(s) of each member. True brotherhood is created by shared experience and defined by feelings. The experiences must be:  1) Difficult  2) Tied to ones survival.”

We live in an age and time when “getting along” is the norm. When getting pampered is mistaken for care. When right thinking or silence is preferable to conflict. We are taught to avoid battle in all it’s forms: battle of wills, battle of negotiation, taking risks, being unrelenting and unstoppable. Being unbeatable becomes fiction in such a world. Striving to go beyond our own limits something of fiction and fantasy and not real.

I write about the heroes who transcend all this, who are not perfect men by any stretch of the imagination, but who are blessed with the singleness of purpose: to serve and protect at all costs.

And to never quit.

Wonder what kind of a world we would have if everyone felt the same way.