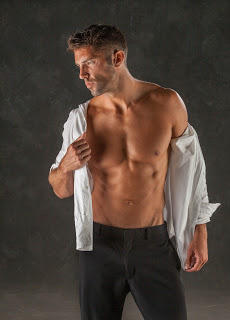 #amwritingfierce#amwritingromance#amwritingSEALromanceBachelor SEALSEAL Brotherhood SeriesSleeper SEALs
They stared into each other’s eyes for several seconds. They
never used to do this. It was all go at it, get to the sex or the argument. But
tonight, they just looked at each other’s faces and absorbed what they saw. She
saw a man damaged by his own hand and burdened by a past that wasn’t his fault.
She saw a man who had one speed, and that was fast. On. Present. No daydreams or
visions of greatness. He used to tell her he was just a man who was hired “to
get ’er done” because he could. He did the things others couldn’t do, and for
that, he’d paid a heavy price. But he also didn’t want anyone’s pity.
And she was a woman who couldn’t take the energy because it
interfered with her own. He needed someone who could support him. She needed
the same thing, and neither one could give the other what was needed. That was
the long and the short of it.
Unmasked and without the emotional overtones, the angry
upsets, and hurts, she could see better who this man really was. And he wasn’t
so threatening. Or maybe he’d learned to couch some things, change his behavior
in ways she’d not noticed. This could be the way he was all along, and she just
never saw it.

Any way she served it up, she came to the same conclusion.
She’d heard people say it on military blogs or at functions she used to attend.
She’d seen it written on a plaque located on an island in the South Pacific,
carved by men who knew what they were talking about and who’d just lost their
best friends on a foreign beach. She stepped toward him without touching,
inhaled, and said, “Thank you, Morgan for all you’ve done and continue to do to
keep me safe. Thank you for my freedom. I appreciate you more than I’ve ever
told you before.”
He was going to grab her and kiss her, but she pushed him
away.
“Whoa! I didn’t mean that. I said
‘thank you’, not ‘come fuck me.’”
His smirk was so disarming, in spite of how wrong it was to
love seeing it. He was forbidden fruit all the way. Every part of him. The way
he looked, the imaginary way he made love to her in her dreams—full tilt
without holding anything back. He made quick decisions just like she did, like
it was ready, fire, and then aim. He’d always give his all and bear the
consequences of the haunting afterward. He wouldn’t change for anyone or
anything because being damaged looked good on him. Like a uniform that was
perfectly tailored. His scars were his medals. He was a hurricane sometimes without
a focus, and he’d never be tethered to anyone, no matter what the cost. But he
could, and she honestly believed this with her whole heart, that he could save
her from whomever was after her.
Just before he opened the door, he turned. “Darlin’, I’m
revved and ready to go if and when you ever decide to drop that gate.”

Thought you also wouldn’t mind a couple of other shots of my San Francisco model, Justin Thomas (who is about as nice to meet as he looks). Just 2 more days. Ok ladies, start your engines!