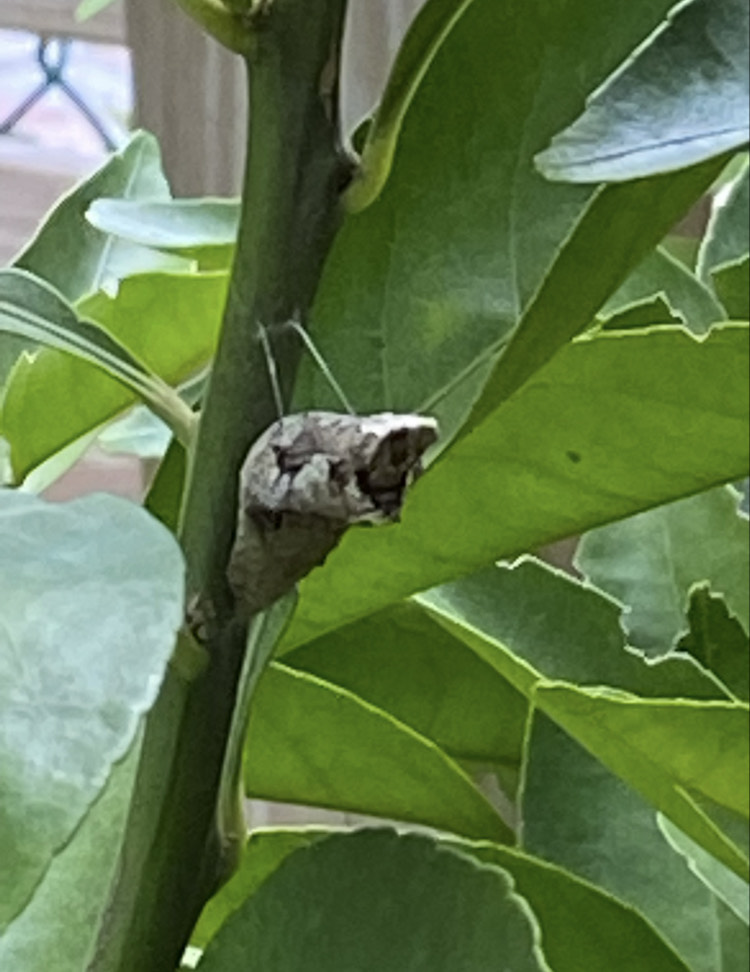 butterfliesGardeningLiving a Life of Magic

I’ve been telling people I am really a writer.

But yes, I also love gardening and have been an organic gardener for over 50 years. Now, I can add something else to my list: lepidopterist. 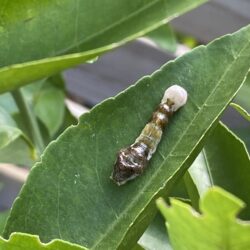 I found what appeared to be bird poop on my Tangelo tree and discovered that when I sprayed it with water, it moved, squeezing and not at all acting like bird poop! Looking more carefully, I saw that it was a variety of caterpillar, so I watched it, and over the next few days, it began to look like a half-lizard/half-snake caterpillar. I checked on Google and found out it was the larvae of a Giant Swallowtail butterfly, the largest wing span in Florida of all butterflies. 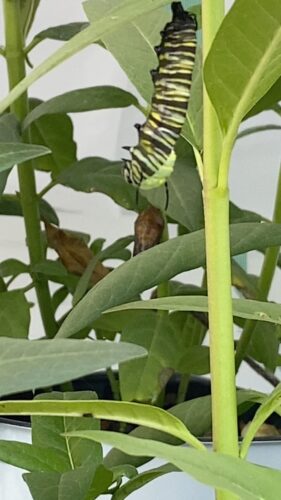 Sure enough, it formed a chrysalis on the branch of the tangelo and looked like a twig with an end broken off, another camouflaging protection device Mother Nature gave her. I researched and found out it took up to 14 days to form into a butterfly. So, on days 15-20, I was nervous she had died in the little coffin I thought she had made.

But low and behold, on Wednesday, I went out to check on her with my new cup of coffee, and the chrysalis was open. While looking at it closer, the butterfly came around and flew by my ears and head, nearly landing on my fingers.

Not sure if you can see this on the video, but I’m attaching pictures of the process. It was an amazing experience, and she seemed to want to float about me, saying goodbye. What a day! 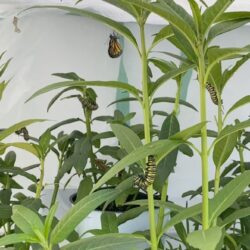 Check out the video of her here:

So now you know why I can call myself a lepidopterist. I study and love butterflies! And now I am raising some!