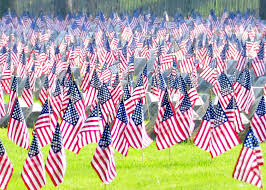 My heart bleeds for the families of the men lost in the recent tragedy in Tennessee. These types of things should not be happening, but, unfortunately, our world is becoming smaller every year. We are closer and closer to each other through social media. Along with this benefit, comes the unadulterated fact that we are also connected to the very worst of humanity. These cretins, as my SEALs like to say, can use our own freedoms, to take advantage and try to rob us of them.

I had a difficult time at first when I was plotting out SEAL’s Promise. Oddly enough it was about a year ago now. I wanted to insert the plot line of home grown terrorists, or terrorists who come to our shores, familiar with our ways and customs, able to blend in and use that information to take advantage of us. I considered that perhaps I was going overboard, even though I knew the military had recently requested families get off social media, be very careful about who they invited into their circles, and to be watchful and observant.

I continued with that theme in SEAL My Home, using the scenario that someone from overseas would be allowed entry to the U.S. and would stalk and try to harm one of the SEAL warriors he’d encountered in Afghanistan. I used the theme of human trafficking and sexual slavery in SEAL’s Code, which was a slight departure, but still focusing on a great evil in our world today. In Code, we discuss how heroism is handed down, is our birthright, and that love is always stronger than evil.

I firmly believe this.

Even if we all lived in cages, we wouldn’t be safe. It is a great testament to our fighting forces that we haven’t had to experience the ravages of war as some societies have. Here at home, we can’t protect against every eventuality. But the steady tide, the history and the honor and love for our flag and our respective countries, fought and paid for with human life’s blood, the vast freedoms we have to read what we want, speak what we want and live and do what we want, worship where we want, that overwhelms the evil little plans of the most evil amongst us.

It’s hard to understand why someone would want to harm people who protect and defend our way of life. It’s hard to figure out why a cause or movement that takes away more than it leaves, would be something that would be attractive to anybody. As I’ve said before, sometimes the cost of freedom is too great. It’s not a burden shared equally. But we equally share in the benefit, whether we appreciate it or not. And just as I was blogging a year ago, the landscape of this evil has changed. Now some of us innocents, some not even wearing a uniform, will pay the ultimate price.

I am so thankful that I have a job writing heroes and happily ever afters, being able to bring fantasy to people’s lives, to enrich them in some small way. Because the best way we can honor the fallen, both men and women who don a uniform and protect us, but innocents who just happen to be standing at the wrong place at the wrong time, is to go on enjoying those freedoms. The best way to honor the fallen is never to forget, always to remember, and always to live life to the fullest.

I happen to think that’s what every true hero would want.

We’ve just wrapped up SEAL’s Code on audio. Our last audio release, SEAL Brotherhood Box Set No. 2 is out on audio as of last week. You can hear a couple sample audio clips on my website, or click on the snippets I’ve provided you below.

Until we meet again, have a safe, and love-filled week. Don’t ever stop believing we can all have our dreams become reality. Don’t stop remembering love is always much stronger than hate. It’s what we were made for.