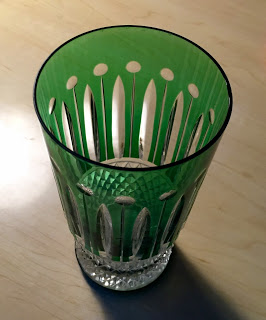 One of my most memorable Christmases was one year when things were very tight, financially. I mean, it was so tight, I sold the kids on the fact that (and it’s true) Christmas isn’t about the presents, it’s about being together. They took it well, and I’m not sure the younger ones understood, but my oldest two knew something was wrong.

What had started out to be a great lark, living up at our beautiful wine country property in an Airstream Trailer (yes I’ve done this before) with three kids and one on the way, who was born while we lived in the trailer, turned into more of an adventure than we’d anticipated. The older ones had a tent, a nice big one, with a zipper room divided in the middle for privacy. The baby slept with us in the trailer in his portable crib, and our toddler slept outside the door in a covered canvas room with a heater. It was precarious. We had to wait until our oldest finished his homework before we could fold the table down and make the bed we slept on. But children love adventure and camping, and so we went with that story.

It was to be temporary, idea born in the warm, early Fall, and by Thanksgiving, we’d enjoy a nice turkey dinner in the new home. After all, the structure was there, windows were in, but there were no walls, was no heat and no power or water. Just a few weeks of interior work to complete and we’d have a new comfortable house.

Our restored Victorian in Sebastopol was sold. We were waiting for a group of investors, who had purchased other properties from us, to pay us the large lump sum on an installment sale. We were continually assured it was coming, got numerous calls from the Title Co. asking all the right kinds of questions, like payoff figures and such, our conversations with the “group” were upbeat and happy that we would be in our new home soon.

And then all of a sudden, nothing. As a matter of fact, they stopped returning our calls completely. Finally we got the news: they had spent the money leveraging to buy something else that was such a good deal, they’d risk a lawsuit with us to go ahead with that other project. And they knew we were not very strong, financially, to be able to fight them. They owned our property, collected all the rents, and paid us nothing.

I’ll never forget sitting down in the trailer, nursing my son, and wondering to myself how I’d gotten talked into this mess. We had four kids, including a newborn. Living in a trailer and a tent. All our money spent (huge lesson there on not counting your chickens), counting on very wealthy investors who owned city blocks in Marin and San Francisco (another lesson there about who you play with and watch when you get your wish), who changed their mind without regard for us or our family.

It all turned out okay. After 18 months and a lawsuit we were forced to borrow money from my parents to file, we prevailed. We did get paid back in full. Several people nearly lost their real estate licenses over the fraud against us. But during those long 18 months, we also survived as a family, and it motivated us to make some changes in the way we made decisions. Yes, you can call me stupid right now. But the lessons were life-changing, just as the experience of it was.

So what does this have to do with a crystal goblet?

I took the kids to San Francisco that year to look at the Christmas decorations, and to have hot chocolate, as was the custom in our family. Christmas Carol was playing, and indeed, I sort of felt like the Bob Cratchit family with lots of kids (all healthy, thankfully), celebrating Christmas with a lump of coal in my stocking. We walked into Neiman Marcus, which to this day is a store I still love, looking at the beautiful tree that used to be the City of Paris.

We used the rest room upstairs, which was right beside the credit office. I inquired as to the status of what I assumed was a closed account, and found out that was not the case. “No, Mrs. Hamilton, you have unused credit of $5000.”

We didn’t spend nearly that. But it did save our Christmas. We bought toys, decorations and Christmas clothes, and slyly purchased gifts for each other. I spent the whole day there helping the kids buy things for each other and their grandparents.

You can say what you want about my money management. I’m guilty as charged. I’ve learned a lot since then. But that Christmas, I felt like I was overcoming the poverty of my circumstances. There just had to be a way, and I found one.

Before we left, I bought one extravagant thing for myself: the green crystal goblet. It has been my prized possession, to remind me, whether I drink water, eggnog or wine or juice out of it, that there are miracles out there. Sometimes you have to just make them up.

God bless us, every one!