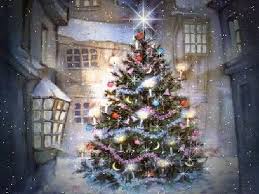 Some of you understand what it’s like to be a romance writer during the holidays. Those family get-togethers turn bizarre in a heartbeat, don’t they? I know as a child, the weirder and weirder it got, the better I liked it.

My Grandma Fox had trouble swallowing, due to a series of strokes she’d suffered that left half of her body paralyzed. It never failed that for each big family meal, she’d start choking on something, and there were more than a few moments of tension when she’d remove her false teeth, leave them on the side of the plate on the beautiful table my mother always set, with all the finest crystal and china. Grandfather would stand up, and slap her back while she leaned over her dish and expelled whatever had gotten stuck.

She was beet red afterwards, sincerely ashamed for the spectacle. My grandfather never swore, but he could be heard saying something like, “Ah, Shaw,” and we filled in the blanks. We were used to her drooling, and she wore a little purse affixed to her wrist with a strap, lovingly made by one of the ladies in the church, which contained a couple pretty hankies she used all day long. In fact, she was always with a hankie in her hand.

My other grandfather would go off on some political tangent, sure that the whole country was going to Hell quickly, and often we’d wake up Christmas morning to find that he’d had such a difficult time sleeping, they’d packed up in the middle of the night and drive the long way home to Fresno, California. Yes. I was born in Fresno. A good place to be from.

The stories were exaggerated, as family stories go. I’d heard them every year. Every year they’d get more and more fantastic, and I didn’t care if they came from morphing, or told by people who always instructed me to take the moral high ground and never lie. They were family stories, and as such, were exempt from the normal constraints of reality. It was a kind of better than the truth: it was fiction. Was there something wrong with me for preferring the morphing stories of our family history? And does it really matter anyway?

By candlelight, those tales were told, passed down from the mouths of people now long gone. And I think I must do some of the same.

We always enjoyed visiting my aunt and uncle in San Francisco. My uncle could have made it as a comedian, he was so good with his jokes. Especially during the years when he was drinking. Afterward, he was just as funny, by the way. As an insurance salesman, he had stories of all the creative ways he got past the secretaries who tried to screen him from seeing the execs he wanted to sell to. He called it his Zippo Success Institute.

Between my uncle and my grandfather, the preacher, I learned what it was like to sell. In one case, it was a safety net to cheat death’s impact on a family, in the other, redemption and a life everlasting. But trust me, it required a good salesman to do either. I knew long before I married and started having kids that life is one sales job after another. Raising children or being long time married, it’s still the same thing to me today.

So I guess the madness of the season isn’t really that for me, is it? I can get behind the crowds, though I don’t participate in it. I don’t mind people selling things, even things I don’t need. I get caught up in it just like I did as a child. The stories, the pitch given to inspire change, the way to figure out problems and not get stuck by them, how to alter another’s opinion with a smile or the right choice of words. Life is sales.

If it weren’t so, we wouldn’t take this most sacred of holidays, and turn it into one huge gift giving bonanza in this country. The idea of giving a gift is doing the unexpected. To show to someone what the inside of our heart looks like, to make the act one of love.

That gift is one I shall cherish forever.