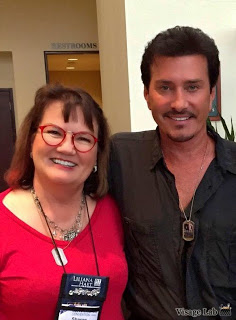 A reader asked me what the most romantic story I’ve ever been told is. After 50+ years of marriage, you can be sure that I have a lot of tales of happily-ever-afters.

But the most romantic was told to me by my narrator, J.D. Hart. If you’re a fan of audiobooks, then you’ll recognize him as the “Pirate Storyteller” who narrates mine.

J.D.’s wife’s grandmother was in a nursing home, I believe she was in her 70s or 80s. They got a call that someone had come and kidnapped her and driven her away. She willingly went with the man who showed up at the home.

They later found out that he had been an old boyfriend who went off to war and lost track of her when he came home. I can’t tell you the rest of the story because I’ve been given permission to write it, and someday I will. But believe me, there’s a lot to this story, and fans will want to read it.

Turns out that she lived the last of her years in a cabin in Oregon with her old beau. They both died just a few days apart but were happy up until the end.