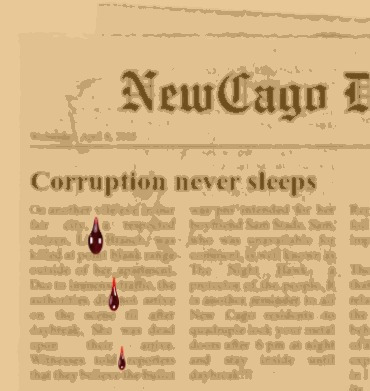 M IS FOR MOONDUSTWRITER. Part of the reason I love the A-Z blog is all the new friends I make. I would not have met these people otherwise. We practically have nothing in common, except that we are poets, writers and just crazy people who like to share the connection. We are more connected than we are separate, did you know? There are those that don’t want that secret to get out. Shhhh!! Leslie’s post is not something I normally write about, but her words need to be heard. Enjoy, and thank you, Leslie, for stopping by my blog today.

Never Together by Leslie Moon #atozchallenge

I remember the first time we saw each other – We hadn’t seen each other since we were kids out in the country.

Then everything went haywire. Caesar took what he wanted including the lives of my parents.

At 17, I fled – their night screams chased me for years.

I was entranced by New Cago; she beckoned with her dazzling lights and her rich satins. I didn’t know about the slime underneath until it owned me.

Sam didn’t know how I was making it, I didn’t have the heart to tell him.

When I wrote,  I told him I had a job and my own place.

Yeah, some call  it a job. The men liked my blue eyes ‘that girl has spirit!’

But what the hell there was money and a bunk.  I wasn’t locked up in someone’s vault and the temple goons stayed away.

Caesar was murdered and we all celebrated in fountains of bubbly. Within days, the gangs took over and I learned to shoot a gun.

A gang lord wanted to claim me as “property rights.”

Sam showed up just when they were forging my personal chain.

Sam  always could look straight down to my heart. He knew but never said a word.

Sam was something those gangsters were not and they feared him.

Evil never sleeps though and on my birthday someone took a lucky shot.

My real name is Lucerne which means ‘Life.’  My blood is a type of antidote Medicago they call it. That’s why when the bullet passed through me and into Sam he didn’t die.

Sam, do what you’ve gotta do – my blood will keep you alive.

Did you know there are more than 10,000 children orphaned by Ebola in West Africa? Many of these children have nothing and are stigmatized by their communities (and extended family). We are trying to find a way to raise funds to help. More info here.